Move over stevia. Not so fast erythritol. There is a new rising star in the unending search for the best sugar substitute. It’s name is Allulose. So, what is allulose? Allulose is a non-GMO simple sugar that has only has 10% of the calories of regular sugar. 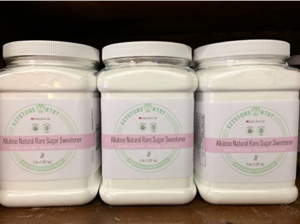 We recently got our ketokrate that provides samples of keto and paleo friendly snacks made by companies that are not the big wig sugar pumping conglomerates. Let’s face it, I live in the fattest, most unhealthy state in the world (literally) so I really have to reach out to find normal human foods so I stay in the best health possible! In our ketokrate was an amazing looking cookie by Know Better Foods, and the sugar amount was 28g! “What?! this can’t be appropriate for ketogenic dieters, there’s no way!” I said.

Then I saw it…Allulose! It hit me…Essentially, allulose has one tenth the calories and carbohydrates of table sugar.  Where 10g of sugar has 40 calories, and 10g of carbs–10g of allulose has 1 calorie and 1g of carbs.

Given that the Know Better cookies have 28g of allulose–this acts as 2.8g of carbohydrate in the body.

It’s ok if you’ve not heard of this new sugar yet. In fact, my wife’s first question after she at the cookie, was, “Hey! this has way too much sugar!..” I stopped her and said, “don’t worry, it’s allulose, and thats the way they have to report it!” Of course, her response was, “What’s allulose?!” And like her,  just about all the recipients of the ketokrate were in an uproar wondering “what is allulose,” and “how can this cookie” be considered keto?! Keep reading…

Allulose is found in nature, along with many other sugars, in small quantities in foods such as figs, raisins and maple syrup. It is just now starting to hit the market so depending on when you’re reading this, allulose may be brand new to you.

You might be interested to know that allulose is not a digestible sugar. This is NOT a problem!  Unlike some sugar alcohols that can cause some uncomfortable stomach issues, allulose simply filters out through the kidneys with no ill effects.

You can add it to anything and the taste is essentially like sugar. It’s just about like fructose. The ultimate test is making chocolate, and it passes the sugar test! Moreover,  allulose has a Glycemic Index of 0!

And the best new?  It doesn’t taste funny.  No aftertaste and no weird cooling effect.W

Where to Get Allulose

At this time, you can get the best deal HERE at Amazon!

Is Allulose the Ultimate Sugar Alternative?

It’s interesting that the FDA doesn’t really know what to do with it because it’s a sugar, so you can’t technically say that something with allulose is “sugar free.”

For my fellow nerds on the chemistry end,  think of it as allulose,  D-Psicose or an epimer of fructose.

Like I said above, it’s very similar to fructose except allulose has one “OH” that is flipped in the other direction.  That’s it.

How do you use it?  Just like granulated sugar but you need to use a little more.  The literature says it is closer to 80% sweet as sucrose (table sugar) but I found in testing that it actually took more to taste similar.

Is Allulose Safe? What Does Research Show?

Not to get too excited, but I think we’re about to see a huge shift in the sugar and diet industries (multi billion dollar industries). Research shows the anti-hyperlipidemic effect of D-allulose, combined with its anti-inflammatory actions on adipocytes, is beneficial for the prevention of both obesity and atherosclerosis and is accompanied by improvements in insulin resistance and impaired glucose tolerance. SEE ARTICLE HERE

Research thus far shows that allulose is not only safe but that it has the potential to revolutionize how we can handle and treat obesity. As Chung et al (3) states, “we can develop D-psicose (allulose) as a sugar substitute and food ingredient since it can prevent obesity in normal people, but also suppress adiposity as a sugar substitute or food ingredients with antiobesity effect in obese people. D-psicose can be unique functional sweetener because of its function of reducing visceral fat mass and weight gain.”

Allulose passes through the body without significant metabolism.

The energy value of allulose is predicted to be 0.2 kcal/g, a negligible amount based on human studies. A study in healthy adults reported that allulose, absorbed in small intestine, was not metabolized into energy as neither carbohydrate energy expenditure (CEE) nor respiratory quotient (RQ) increased in three hours after ingestion of 0.35 g/kg body weight or 20 g allulose [1]. A 0.9 to 1.6 kJ/g energy yield (0.2-0.4 kcal/g) was predicted based on low breath hydrogen excretion (due to low colonic fermentation) following intake of 5-20g allulose in the same study [1]. Another study evaluating absorption, metabolism, and excretion showed no significant metabolism of allulose [2]. Thus, the caloric value of allulose is likely negligible.

What Allulose Is Not

I feel like we’ve covered, “what is allulose,” so now we need to cover what allulose is not…Allulose is NOT an “artificial sweetener” with the questionable reputation, functionality and sensory profile of saccharin or aspartame. It has 10% the Calories of Traditional Sugar. It’s sugar, by another name.

The U.S. FDA grants Allulose Generally Recognized as Safe (GRAS) status and sanctions its use in moderate amounts by consumers of all ages.

There you have it. 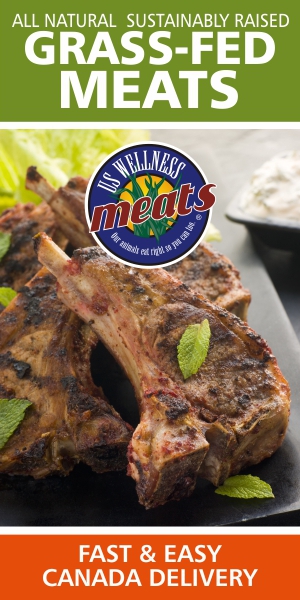 Get LIVE Support in My Fasting Group HERE!

Our ONLY Recommended SALT – Pure Unrefined 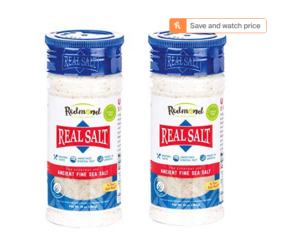 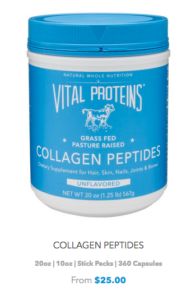 An essential for arthritis, aches, pains - beats ibuprofen, and glucosamine/chondroitin. Notice the difference now. Keep this in your diet and feel your best.

NONE of the bad effects from sugar, no bitter aftertaste - It's not a sugar alcohol or unhealthy substitute. NO EFFECT on Blood Sugar! Cooks and Measures 1:1 with sugar. Super Healthy! 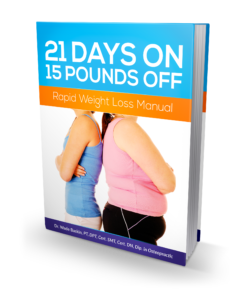 If YOU NEED a healthy kickstart diet, this is it! You can do anything for 3 weeks, right? Paleo and keto safe. 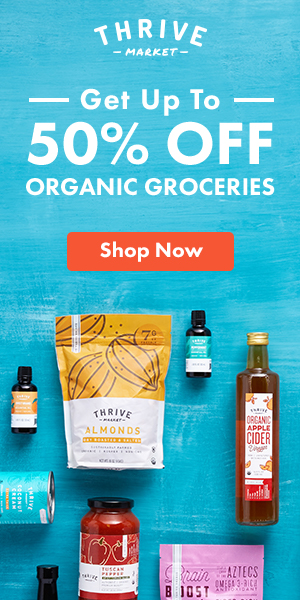 A Must KNOW about Your Salt Intake. You’ve Got it ALL WRONG. Get this book NOW

Shoulder Pain? Frozen Shoulder? Can’t Make it to My Clinic? Click Below 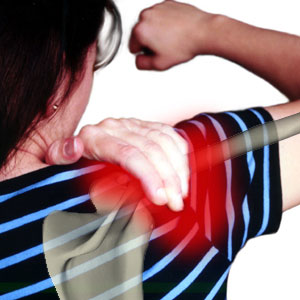